About four months ago I discovered the youtube channel Not Just Bikes, and immediately watched the whole thing. The experience was revelatory and painful.

NJB has shown me that American urban and road design took a nosedive into the abyss during the postwar period, where the American Dream was to own a house with a yard, drive a car everywhere you go, and, for some reason, have nothing of utility around you. It's very easy to hop around a map of the US and find houses where the nearest grocery store is literally an hour's walk away. 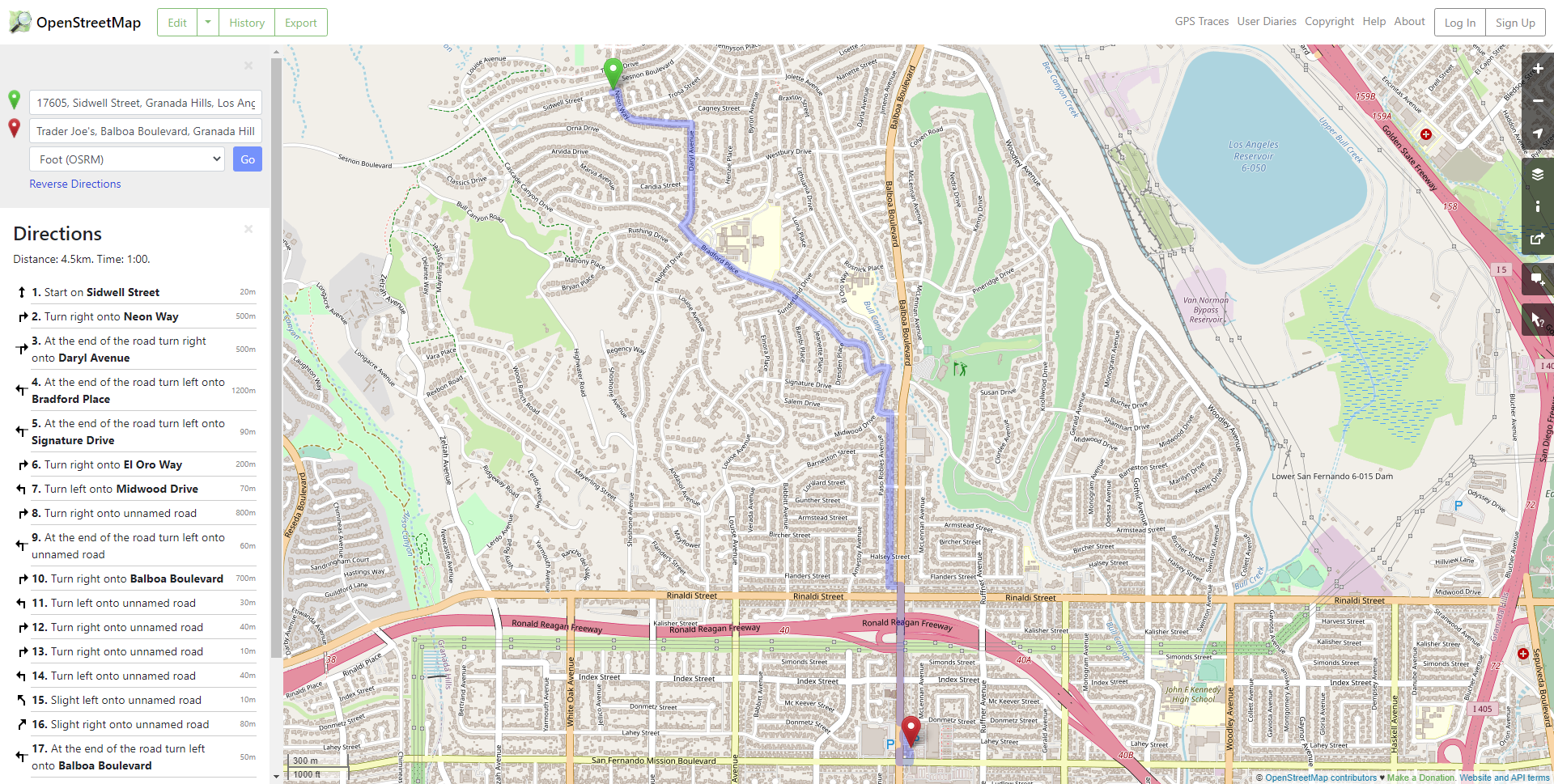 Although it's no big deal to visit several small stores for a few items each when on foot, nobody likes starting their car multiple times to visit stores across an asphalt ocean. So, shopping trips are usually single-destination only, preferring the Walmarts and Targets over small, specialized, personalized, and/or informed grocers and boutiques.

The stroads are wide, straight, and multilaned, so that it's easy for us to go really really fast and crash into buildings, because those are our priorities. All other forms of transit infrastructure are designed first and foremost to avoid disrupting the fragile egos of the motorists:

Because heaven forbid we impose something like a minor pause or slowdown upon the helpless motorists inside their cushy, air conditioned, noise-proof boxes, with radio and navigation and heated seats, that require no physical effort to launch at speeds higher than humanity could have dreamed of just two hundred years ago. Don't make them wait at a crossing. Life is already so hard for them.

For centuries, cities were designed such that everybody had what they needed within walking distance. Once you got where you were going, you could access everything you needed to on foot. These are the kinds of places Americans go to on vacation.

He says centuries, but I think he means "since the dawn of civilization". Automobiles are less than 150 years old. You might recognize a number of beautiful, comfortable, enviable cities which are older than that. And you'll never, ever find yourself thinking "living in ancient Rome must have been so difficult without a car!", because it wasn't. The car didn't become a necessity until we intentionally stamped out all of the alternatives.

In America, young people love to say that the DMV needs to be more aggressive with re-testing and revoking drivers licenses from the elderly because they cause more danger in traffic. And while that's true and probably a good idea, it doesn't get implemented because license revocation is a prison sentence and absolutely everyone knows it. In the cities of respectable nations, children and the elderly don't have any problems going to the shop or cafe on their own because it's only five minutes away from their front door. In the States, a car is very much compulsory for all travel unless you live in the densest of areas. Without it, you're stuck. Taking away your grandmother's license is taking away her independence. Anybody who's ever heard the phrase "single point of failure" will wonder why we allow our lifetime of independence to topple as soon as that one stone is removed, and will not find an answer.

The phrase that's been in my mind for a while is "too stupid to live". It is something of a wonder that we Americans haven't already extinguished ourselves by forgetting how to breathe or eat. You may have heard that sloths can starve to death on a full stomach because their only source of food is practically indigestible. You'd think they'd try something else.

When my family gathers around the dinner table, one topic that always comes up for conversation is the vehicular idiocy that was seen throughout the week. Red light runs, excessive speeding, drivers in the shoulder lane, crashes and near misses. A majority of people are not to be trusted with the task of driving, but we force them to do it anyway because we, collectively, are too stupid to put together better systems that don't necessitate it. It is easier to concentrate our moments of frustration towards the individuals who make short-term mistakes like running red lights than it is to realize the frustration that should be directed at the makers of long-term, diffuse, and pervasive mistakes like building suburban sprawl and bulldozing transit options.

Another part of the problem is that it feels good to punish people. We are a sadistic species and we like to coerce people into crossing boundaries so that we can feel justified in retaliating. It is less fun to design boundaries that don't get crossed. We design roadways that encourage unsafe driving and then we put up signs justifying punishment. It's dissonance. Here's a big fat five lane road that runs straight for twenty miles, but you'd better slow down to 25 because there's an elementary school here. Nevermind that the 25mph stretch of road is cut from the same cloth as the 50mph road — it's the posted sign that makes the difference. Here's a series of traffic lights that don't coordinate with each other and will stop you just as soon as you get going, but you'd better not run any reds and you sure as hell better not get stuck in the intersection during a light change because boy I'm gonna, um, honk at you, yeah that's what I'm gonna do, and you're gonna deserve it. It is difficult to convince people that car crashes are a symptom of deep, systemic design flaws affecting average people rather than the fault of uniquely stupid individuals.

There is a freeway near me that is currently undergoing expansion, which is proven to induce more demand. Smart people have known this for decades. The millions of dollars being used to put more cars on the road are not being used to improve walkability, bikeability, or reduce the need for driving in the first place by fixing our wack zoning and just allowing a grocery to open on more corners. We are the sloths. We are too stupid to live. We'd rather challenge ourselves with the invention self-driving cars and the manufacture of unspeakable quantities of batteries for EVs [1] than consider the possibility that maybe spending thousands of hours in traffic isn't an inherent part of life around which all else must bow down. You'd think they'd try something else.

NJB has made me ashamed to be American. I am ashamed that a country with this much flagrant disregard for sense touts itself as the best nation in the world. I am ashamed that the closest we can get to eco-friendliness is to make our cars run on massive batteries and steer themselves, because simply getting out of the car was never considered an option. I am ashamed that these are my surroundings and that I did not wake up from this Matrix sooner. 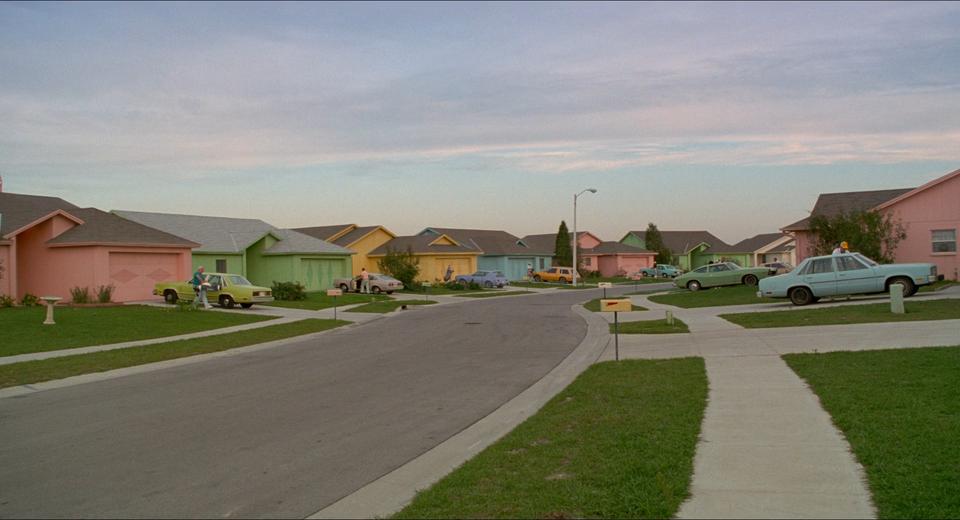 I know how easy it is to sit around pointing out problems without providing any solutions. I do it all the time. Here are some specific changes I'd like to see before I lose my mind entirely:

With mixed-use zoning we can allow destinations to exist among the living space instead of being wholly separate. We should start with small shops, cafes, and restaurants. The kinds of things that are needed often by the residents and won't draw excessive traffic from far away because the people who live far away have their own. This will give the NIMBYs less room to complain, though they will try anyway.

One of the other big problems with cars, which I don't think NJB has mentioned yet, is that they turn everyone into anonymous metal bubbles. Even without tinted windows, cars provide very little person-to-person visibility, communication, and most importantly, empathy. It is easy to become hateful towards a driver on the road in a way you'd never be towards a person you bumped into on foot, because they are nothing more than a big hotwheel that's sitting in your way.

Tom Scott made a video about Peachtree City, Georgia.

They have a network of asphalt paths designed specifically for travel by golf cart, which I think is really cool and sets a good example for the rest of the country to follow. Small vehicles provide an intermediate option between bicycles and 3,000 pound automobiles, ideal for many of the around-town trips we have to make where a bike might not be enough:

NJB has talked about microcars, and while the video is still excellent, these don't strike my fancy the same way the golf carts did. Most of the microcars shown in his video follow too much in the design language of regular cars, with their high pillars and rectangulish porthole windows.

If we were to adopt small vehicles in more areas, I'd like them to remain mostly open-air, or wrapped in clear glass only. Slower modes of travel allow everyone to be closer to each other, and this coupled with high person-to-person visibility will ease traffic interactions and lessen the visceral savage hate that leads to so many of our stupid, pointless crashes. A switch to small vehicles is an opportunity to solve multiple traffic problems at once — let's not squander it by following the same old metal-bubble design. I don't expect actual golf carts to be what sweeps the nation, I just want small vehicles about that size, plus some comforts like weatherproofing and a sound system.

Finally, we need more public transit and it needs to provide benefits that cars can't. Sometimes I'll pick a destination on Google maps and ask it to route by transit. For destinations that are within "day trip" distance, the results are usually three to five times as long as travel by car, blowing all possibility of making a day trip out of it. I tried sampling a few destinations from here to the other coast and transit never seems to break even, always 1.5× to 2.5× the travel time of the car.

I have very little experience riding transit, so I'm not sure how much timing overhead is to be expected, or if these numbers are Americanly bad. Naturally, some time overhead is worth it in exchange for not having to do the driving, and transit routes can never be as direct as driving there yourself. But I really was expecting the trains to go just a little bit faster to make up for it. Notwithstanding that at these distances you're better off enjoying stops along the way rather than gunning for the finish.

As it stands, it is undeniable that transit is always significantly slower and less practical for day-to-day travel than driving except in the very densest of cities, and only exists for those who have no other options. Improved transit could be a great benefit to our society and atmosphere [2], but only if it provides enough advantages to be desirable to a person who otherwise could drive a car.

I won't detail the need for separated bike lanes and narrower, slower streets because those should be self-evident by now.

I can also recommend City Beautiful. In the meantime, try breaking traffic waves.

[1] I look forward to EVs replacing ICEs, but they are still not as good as just using fewer cars.

[2] That's the place we keep our breathable air.